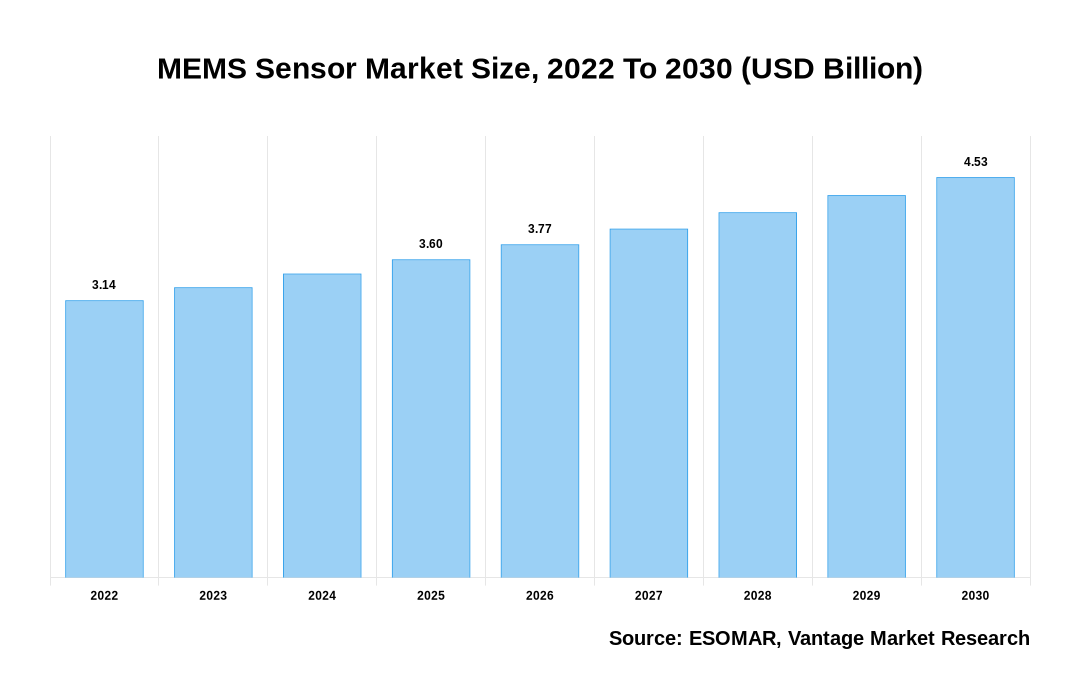 The global MEMS market was valued USD 3.77 Billion in 2021 and is projected to attain a value of USD 5.24 Billion by 2028 at a CAGR of around 4.8% over the forecast period, 2022–2028. MEMS is a technology that has revolutionized the automotive industry. The way it works, MEMS uses micro-sensors to measure not just how far users are from an object but other information like speed, acceleration and direction of travel. This combination of information can then be used to control safety systems like airbags or other devices like radio and GPS.

MEMS has been used in cars since the mid-90s, and use of it is only increasing. In fact, pretty much every new car on the market today uses some form of MEMS technology to control safety devices or advanced driver assistance systems (ADAS). Automotive suppliers like Bosch are starting to integrate MEMS into the windshield of the car, which will allow for better collision avoidance systems. There are several reasons why the demand for MEMS sensors in automobiles is increasing. First, government mandates have made it so automakers must offer more advanced safety systems both in terms of how many cars they sell but also in terms of technology they offer. This has driven up demand for MEMS sensors because they are the driving force behind the technology.

Lastly, automakers see a real competitive edge in offering safety and driver assistance systems that their competitors do not have. The more advanced the car is, more likely the consumers are to buy it and stick with it for longer than other cars.

Inertia sensor are largely being deployed in increasing number of vehicles as the cost of inertial sensors has come down tremendously over the last decade. With each passing years, automobiles are gradually moving towards advanced safety systems like airbags, collision avoidance system etc. which are enabled by MEMS sensors. In addition to this, increase in government regulations on car safety features has further pushed the demand for MEMS Inertia sensor. Consumer preferences are also evolving in an increasingly safety conscious world, fueling the growth of MEMS sensors in automotive industry.

Asia Pacific is the largest MEMS Sensor for Automotive Market

Asia-Pacific is the largest market for MEMS sensors followed by North America and European region. The growth of this regional market is driven by increasing demand from automotive and consumer electronics industries. Countries such as China, India and Japan has a large number of electronic manufacturing companies and growing middle class population which increases the demand for automotive. Apart from this, Asia Pacific is the largest producer of passenger and commercial vehicles, which further supports the growth of the market.

The MEMS Sensor Market is Segmented as follows:

The MEMS Sensor Market Scope can be Tabulated as below:

What is the global demand for MEMS Sensor in terms of revenue?