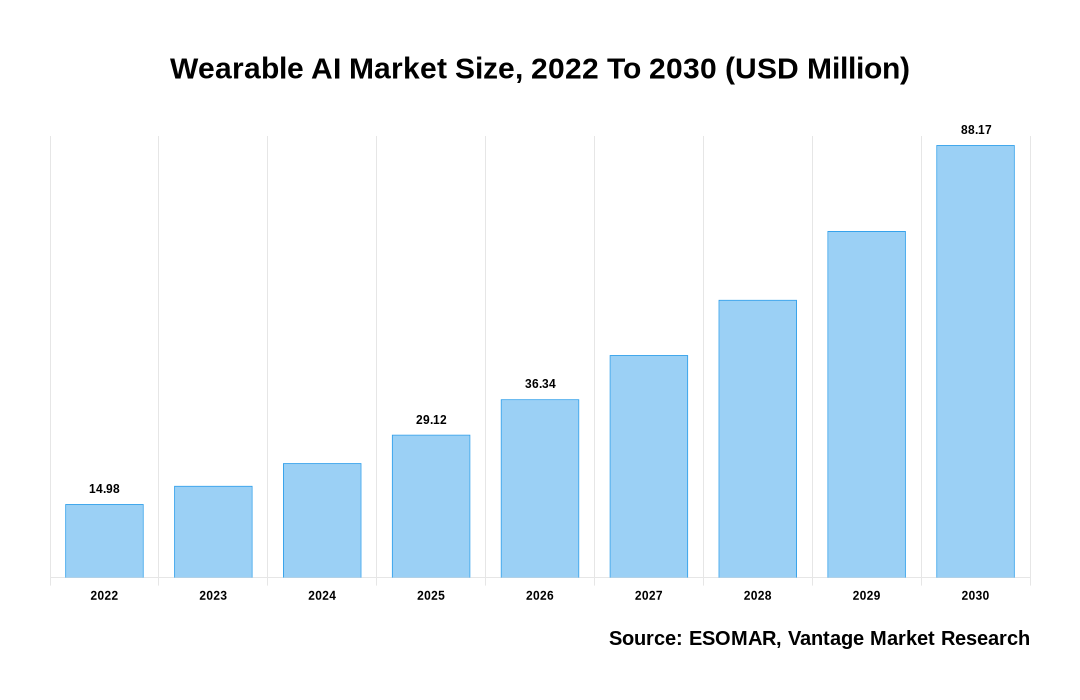 A fitness watch or band can be connected with mobile applications to provide fitness-related information along with statistics to the user. Some of the popular smartwatch manufacturers for sports and fitness applications are Apple, Xiaomi, Nike, and Fitbit. The increasing adoption of fitness trackers and smartwatches in the healthcare industry is projected to contribute to the growth of the smartwatch segment in the Wearable AI market during the forecast period. Smartwatches that are interconnected with disease-specific functions, particularly the one that provides cardiovascular indications, are projected to increase the adoption of smartwatches in the upcoming years. Furthermore, Apple Inc; smartwatches which are equipped with electric heart sensors in order to detect abnormal heart rhythms, have gained an extensive growth in demand for smartwatches in the years to come.

Customer electronics have various applications, involving garments and fashion, fitness and sports, infotainment, multimedia, and multifunction which are expected to increase the demand for consumer electronics during the forecast period. By taking into consideration the demand for wearable consumers electronics from the consumers, the key players in the market are attentive to developing devices that can keep tracking the end-users working hours. Additionally, growth in machine-to-machine communication and the growth in connected devices is estimated to contribute to the growth of the wearable consumer electronics sector which frequently supports the wearable market growth in upcoming years.

Manufacturers in India and China are providing wearable devices at a low price and making them affordable for customers. Many of the international industries get their wearable devices manufactured abs assembled by the local manufacturers located in the region and then brand their name on the device. The APAC region is involved high populated countries which increases the adoption rate of consumer electronics which ultimately increases the growth of the APAC region in the coming years. Wearable device manufacturers are continuously advancing and innovating wearable devices to attain a competitive advantage and increase their growth during the forecast period. Additionally, the increasing awareness among consumers regarding fitness, availability of high-speed internet connectivity, and technological advancement are the major factors expected to drive the wearable market growth in the country in the upcoming years.

What is the global demand for Wearable AI in terms of revenue?