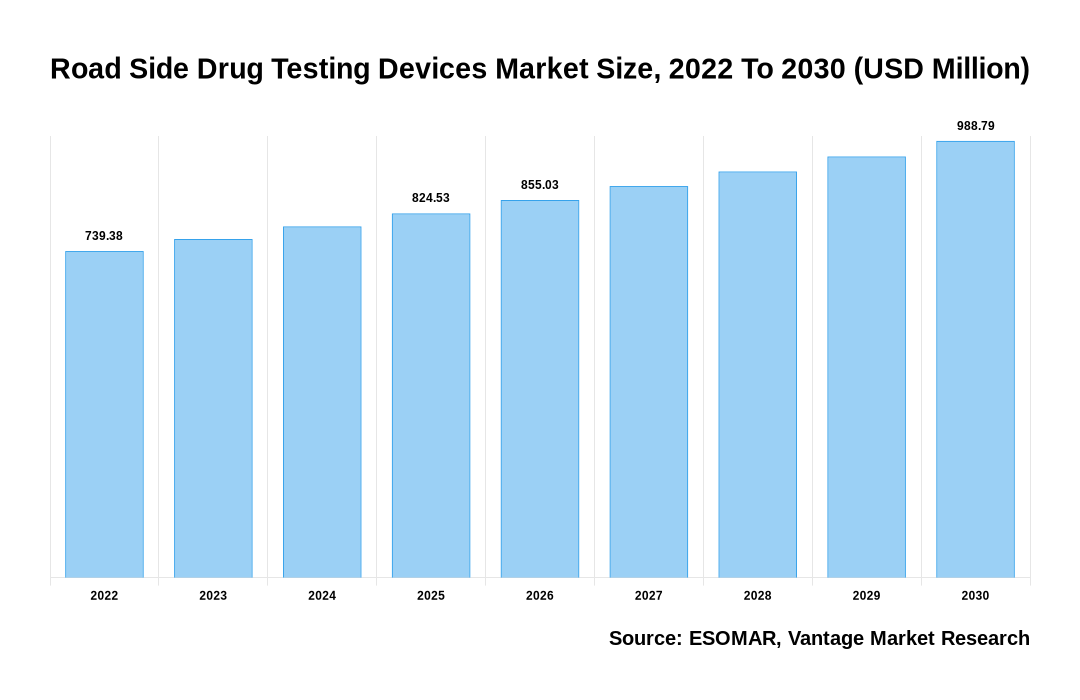 The Global Road Side Drug Testing Devices Market was valued USD 713.1 Million in the year 2021 and is anticipated to reach a value of USD 891.9 Million by the year 2028. The Global Market is forecasted to grow to exhibit a Compound Annual Growth Rate (CAGR) of 3.8% over the forecast period.

The market is divided into drugs and alcohol based on substance. The alcohol segment will dominate the Road Side Drug Testing Devices market over the forecast period. This is because the most commonly abused substance among drivers is alcohol. The global market for roadside drug testing equipment is expanding faster than average due to rising alcohol consumption and a rise in the number of incidents of drunk driving. Additionally, the increase in the impact of alcohol misuse on public health and the licensing of roadside drug testing equipment contribute to expanding the global market.

Based on Sample type:

The market can be divided into categories for urine, sweat, saliva, and other sample types. The other segment holds the highest market share, which includes breath specimens. The most typical sample used to identify alcohol is breath. The most commonly abused substance among drivers is alcohol. With the simplicity of breathalyzers, Manufacturers also concentrate on creating quick tests that, compared to lab tests, offer shorter findings, are simple to use, and are less expensive. The saliva segment is likely to grow fastest during the forecast period. In many nations, roadside oral fluid or saliva testing is primarily employed to check for the presence of narcotics.

Segmentation of the Global Road Side Drug Testing Devices Market:

What is the global demand for Road Side Drug Testing Devices in terms of revenue?