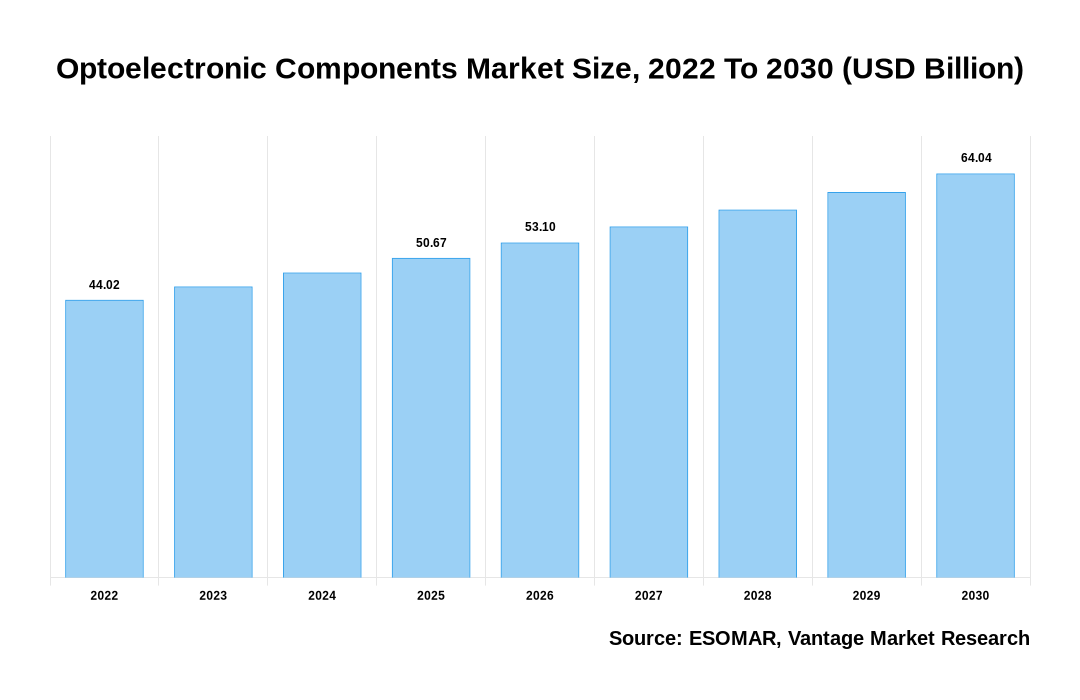 Optoelectronic component demand will be driven by the traditional LED lighting market. Development of green and eco-friendly products, expansion of end-use applications, and increasing R&D investment in optoelectronic devices are driving growth in the optoelectronic component market. Currently, China is the world's largest LED lighting consumer market; however, Japan still dominates this area in light of its high energy-saving awareness among consumers and high penetration rate of existing LEDs. On April 1, 2014, new regulations banning sales of conventional incandescent bulbs finally came into effect in Japan. The government has also set a target to reduce greenhouse gas emissions by 26% from 2013 levels by 2020. With these regulations continuing to support demand for LEDs, Japan's LED lighting market is expected to account for a greater proportion of total optoelectronic component demand.

Although demand for Optoelectronic Components is growing, price competition among manufacturers has become increasingly intense. Owing to such factors as high component prices and low profit margin, many optoelectronic component manufacturers have yet to break even. Demand growth cannot keep up with supply due to insufficient research and development efforts and production capacity limitations. Additionally, the cost of raw materials has increased, lowering the profitability of many companies.

In the next seven years, demand for Optoelectronic Components will likely increase due to growth in various end-use applications such as mobile devices and automotive lighting systems. In particular, GaNS technology is expected to show strong growth through use of its higher efficiency conversion rate compared with SiC-FETs. Moreover, semiconductor companies are expanding their production capacity both domestically and abroad. As a result, high growth is not expected except in China over the next five years.

Demand growth cannot keep up with supply due to insufficient research and development efforts and production capacity limitations. Additionally, the cost of raw materials has with increased, lowering the profitability of many companies. There is also a risk of oversupply due to rapid expansion of semiconductor production and an increase in market entrants

Due to increasing production capacity, more Chinese players are expected to enter the optoelectronic component market; however, many small-sized players still lag behind larger competitors owing to low brand recognition, lack of research and development funding, sub-par production facilities, or slow product development cycles. Such deficiencies are expected to limit the ability of smaller players to expand their market share.

The Optoelectronic Components is Segmented as Follows:

What is the global demand for Optoelectronic Components in terms of revenue?