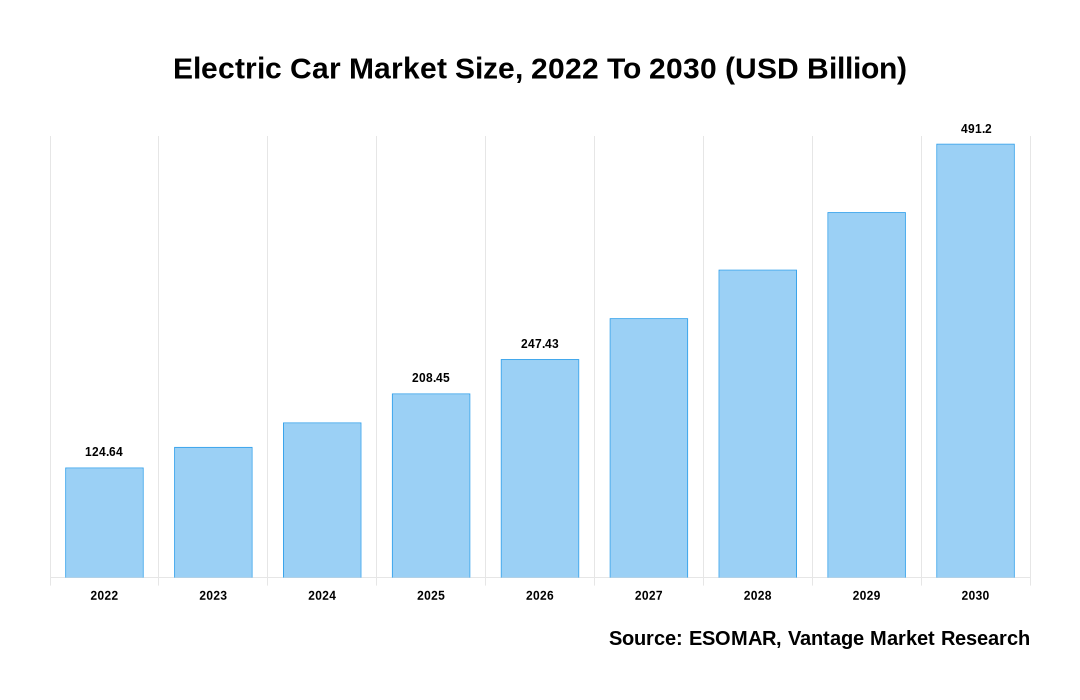 With the rise in environmental awareness, there has been a growing demand for Electric Cars around the world. Governments around the globe have set ambitious goals to meet their commitments on reducing greenhouse gas emissions and pollutants. The demand for Electric Car is growing rapidly in a number of countries around the world. It is expected that the number of Electric Cars will reach 100 million by 2030. The reasons for this growth are many, but one of the main factors behind it is the rising concern about global warming, increasing fuel prices and climate change.

With more than a million Electric Cars on the road and major automakers committed to launching dozens more models, the global electric vehicle market is poised for exponential growth. Today, it's an approximately $300 billion industry with an annual growth rate of 25%. That number could double by 2025. The world is troubled with a huge challenge. The amount of greenhouse gas emissions in the atmosphere continues to rise at a staggering level and we are on track to make the planet warmer by 2°C by 2050. Cars contribute to over 4% of global GHGs and with more cars being sold every year, this number will only go up.

The popularity of Electric Cars in North America, Europe and China is rapidly increasing. With their benefits that include zero emissions, cheaper maintenance and lower operating cost among others.

With the sharp increase in demand for hybrid electric vehicles (HEVs), more and more people are inquiring about the various benefits of such technology. HEVs are an eco-friendly option that produce less pollution while also being convenient. The increasing adoption of HEVs is fueled by many factors. The first and foremost factor is the reduction in fuel costs, which will increase the affordability of HEVs. It is also being driven by environmental concern, since HEVs are cleaner than conventional vehicles. Finally, it is being pushed forward by state-level incentives to reduce greenhouse gas emissions.

The automotive industry is changing. The world cannot continue to rely on fossil fuels, and the reduced costs of electric vehicles (EVs) are making them an increasingly popular option. Asia Pacific is the largest market for EVs and battery-powered cars; in fact, China is now the leading market for new battery-powered vehicle sales.

Electric Cars are replacing their fossil fuel counterparts slowly but surely. The region's electric vehicles sales grew by 149% in 2018, making it the fastest-growing Electric Car Market in the world. The article discusses what makes Asia Pacific such a favorable destination for e-mobility adoption and outlines some challenges that must be dealt with to make the transition successful.

Electric Car Market Projected to Reach a Valuation of 354.80 USD Billion by 2028
In terms of revenue, the Global Electric Car Market is expected to reach 354.80 USD Billion by 2028, growing at a Compound Annual Growth Rate (CAGR) of 19% from 2022 to 2028. Increasing demand for low emission commuting, growing governments support, development of zero-emission vehicles through subs...
Read More

What is the global demand for Electric Car in terms of revenue?