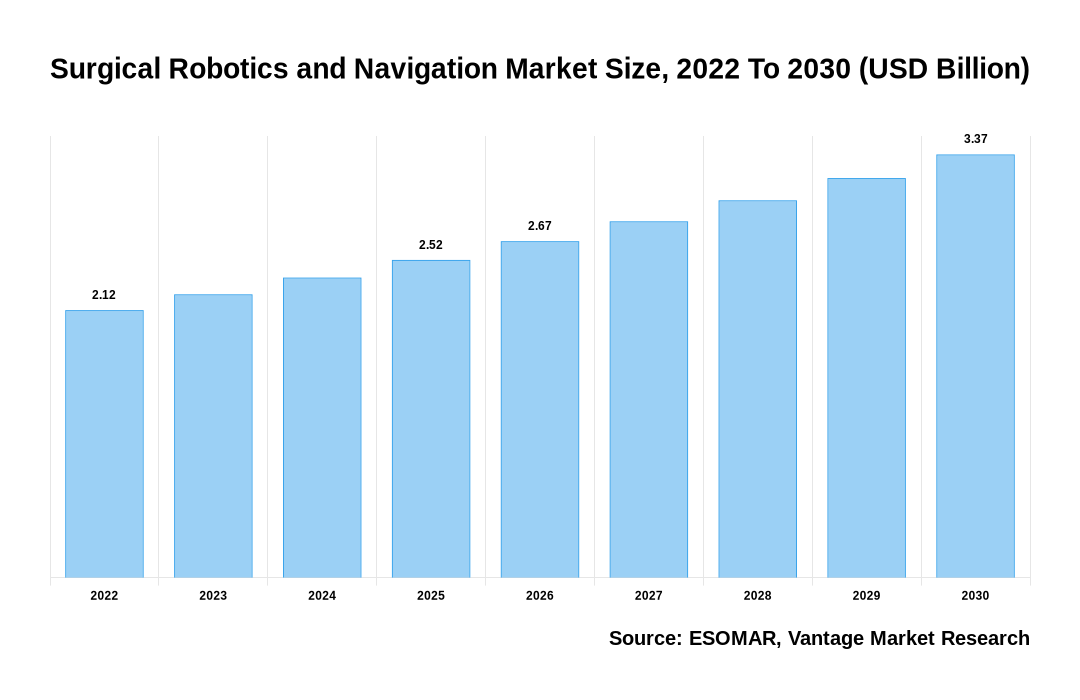 Surgical Robotics and Navigation Market is expanding as a result of medical improvements being made to treat patients suffering from various operational disorders. To make surgeries less invasive, surgical robots and their navigation are helping to boost the industry. This has pushed medical spending in a single path to empower and expand the same market, which is predicted to assist the company flourish across the globe. These capable robots are capable of performing crucial and sophisticated surgical operations, which helps the market flourish.

The global impact of the COVID-19 epidemic on the world's population and economy has been disastrous. Healthcare systems have been severely strained as a result of the pandemic. To reduce the risk of transmission and conserve healthcare resources for COVID-19 patients, healthcare institutions and providers have been told to halt undertaking elective surgical operations and medical examinations during this time. The pandemic has resulted in a temporary restriction on elective surgeries all over the world, resulting in the cancellation of elective procedures all over the world, having a negative impact on the global economy.

Surgical robots are being actively adopted by many hospitals and other organisations to improve surgical processes and patient outcomes. Apollo Hospital Networks, for example, plans to open roughly 80 robotic-assisted surgery centres across India by 2020 to undertake general, cancer, urology, and bariatric procedures. Furthermore, in November 2020, it launched the "Robotic Joint Replacement Program," in which healthcare experts use next-generation robotic equipment to do partial and total knee replacement treatments with smaller incisions and other activities.

Advantages Of Robotic-Assisted Surgery are Expected to drive Market

Robotic surgery also has increased visualisation capabilities that provide surgeons a better perspective of the working area and allow them to see minute features utilising high-definition cameras. These systems have more dexterity than the human hand, and their ability to rotate 360 degrees and navigate better allows surgeons to reach difficult-to-reach places.

Minimally invasive operations are more expensive than robot-assisted surgeries. Robotic hysterectomy is only recommended by the American Congress of Obstetricians and Gynecologists for unique and complex clinical situations. The implementation of robotic surgery for all hysterectomies, according to the group, would add an estimated USD 960 million to the yearly cost of hysterectomy surgeries in the United States.

One of the most widely used robotic systems, the da Vinci, costs between USD 1.5 million and USD 2.5 million per unit, while the CyberKnife robotic system costs over USD 4 million per unit. Furthermore, a robot's annual maintenance costs are close to USD 126,000, adding to the already exorbitant expense of robotic surgery. The typical cost of a robotic surgical operation ranges from USD 3,050 to USD 6,050. The rising cost of surgeries due to the use of robotic systems is thus expected to restrain the growth of the Surgical Robotics and Navigation market.

North America dominated the Surgical Robotics and Navigation market, while the Asia Pacific region is predicted to grow at the fastest rate over the forecast period. The substantial proportion of the North American market can be due to the region's support for surgical robot research and development, as well as the growing use of surgical robots for paediatric surgeries in Canada and general surgery procedures in the United States.

The Surgical Robotics and Navigation Market is segmented as follows:

The Surgical Robotics and Navigation Market is tabulated as below:

Surgical Robotics and Navigation Market Projected to Reach USD 4.5 Billion by 2028
The Surgical Robotics and Navigation Market is expected to reach USD 4.5 Billion by 2028, growing at a Compound Annual Growth Rate (CAGR) of 6.1% from 2022 to 2028. Surgical navigation is an ingrained technology and has become the standard of care, especially neuro-surgery. Robotic surgery is a surg...
Read More

What is the global demand for Surgical Robotics and Navigation in terms of revenue?