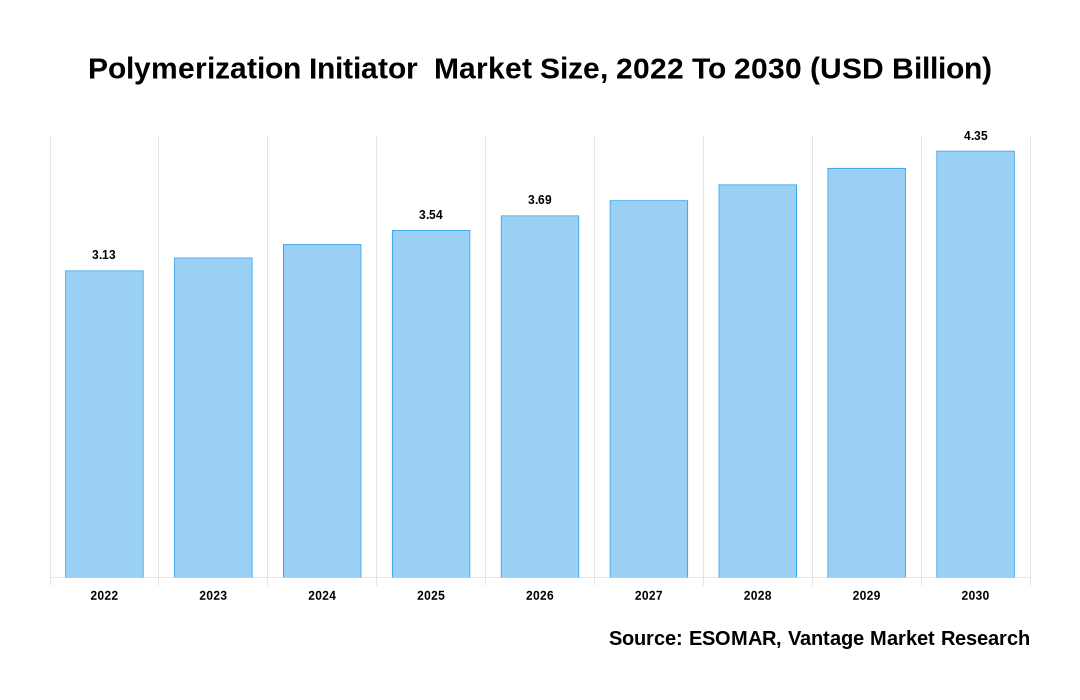 The growth in the number of applications for thermoplastic polymers has increased the demand for Polymerization Initiator . In addition, the increasing market share of biodegradable plastics has been another factor that has fueled growth in demand. The end use industries such as automotive, electrical & electronics and consumer goods are expected to witness high growth rates during the forecast period as consumers are increasingly buying these products with growing disposable income and improving lifestyle. The growth is further supported by the increasing demand for biodegradable polymers. The rise in government initiatives to introduce new/ stringent environmental regulations also contribute to the market growth. However, volatile raw material prices and availability of substitutes may hamper the market growth during forecast period.

By Type, Peroxides to Dominate the Global Polymerization Initiator Market

The major types of commercial initiators include peroxides, azo compounds and others. Of these the peroxide family is estimated to account for more than 40% of total demand. In terms of growth rate, however, azo group is expected to be the fastest-growing segment during the forecast period. The reason behind this trend includes increasing usage in various emerging fields such as nanocomposites & 3D printing which is driving overall demand further at a healthy CAGR of 3.3%.

This is expected to be driven by factors such as increasing consumer inclination towards the usage of peroxide-based Polymerization Initiator s for better efficiency, durability, and quality of end products. This trend is anticipated to remain strong in the forecast period owing to improving living standards among consumers across North America and Asia Pacific leading to growing demand of new applications including electronics & automotive components, footwear & accessories etc.

The Polymerization Initiator is Segmented as Follows:

Polymerization Initiator Market Anticipated to Reach USD 5.05 Billion by 2028
According to our latest report, the Polymerization Initiator Market is expected to reach USD 5.05 Billion by 2028, growing at a Compound Annual Growth Rate (CAGR) of 4.5% between 2022 and 2028. An increase in demand from several end-use industries like automotive, food processing, and building & con...
Read More

What is the global demand for Polymerization Initiator in terms of revenue?