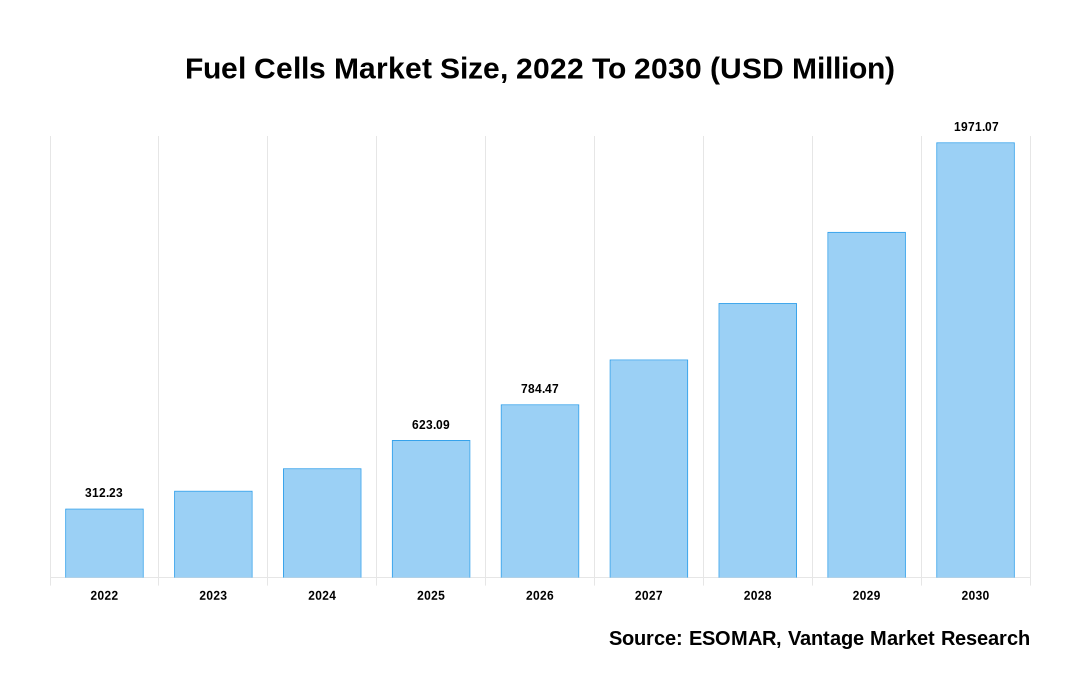 Fuel Cells produce electricity directly from hydrogen and oxygen, resulting in no emissions of carbon dioxide or other pollutants into the environment. A small number of harmful substances are released when hydrogen is formed using this method. However, the high cost of fuel cell systems, which results in the high cost of FCEV, may stymie market growth. Investment risks such as capital and operational costs, as well as underutilization of various FCEV facilities, are likely to stymie growth even further. The market is expected to be driven by factors such as government subsidies and financial incentives for fuel cell programs, as well as rising demand for fuel cell electric vehicles (FCEVs). The high cost of catalysts used in fuel cells, on the other hand, is expected to stifle market growth during the study period.

Due to the increasing innovation in the EV sector and the rising economic viability of the technology, vehicular applications are expected to dominate the market. Growing interest in heavy-duty transportation and energy storage applications, as well as a sizable market potential. The increase is attributed to rising demand for clean energy generation in developed regions, increased use of fuel cell-powered vehicles, a thriving power sector, and increased power generation capacity globally. Rising environmental concerns and increased infrastructure for hydrogen refueling stations are expected to support the growth of the vehicular fuel cell market over the forecast period.

In terms of units, the proton exchange membrane fuel cell (PEMFC) was the dominant product segment in 2021. The high segment share is primarily due to the widespread use of PEMFC in stationary, transportation, and portable applications. For its operation, PEMFC requires pure hydrogen, oxygen, and water. It operates at a lower temperature of around 80°C, making it suitable for quick start and less prone to system component wear. As a result, PEMFC is more durable than other types of products. Furthermore, when compared to other available fuel cell types, it has advantages such as low weight and volume.

Asia Pacific held the largest market share during the year 2021 with a share of 60.40%. In terms of revenue, Asia-Pacific held the largest share of the fuel cell market in 2021 and is expected to maintain its dominance throughout the forecast period. This is due to the region's large consumer base, rapid development of the hydrogen sector, fuel cell systems, and the presence of key players. Furthermore, the presence of developing countries in Asia-Pacific, such as China, Japan, India, and South Korea, increases demand for Fuel Cells in transportation applications, which is expected to contribute to the growth of the Asia-Pacific fuel cell market.

What is the global demand for Fuel Cells in terms of revenue?