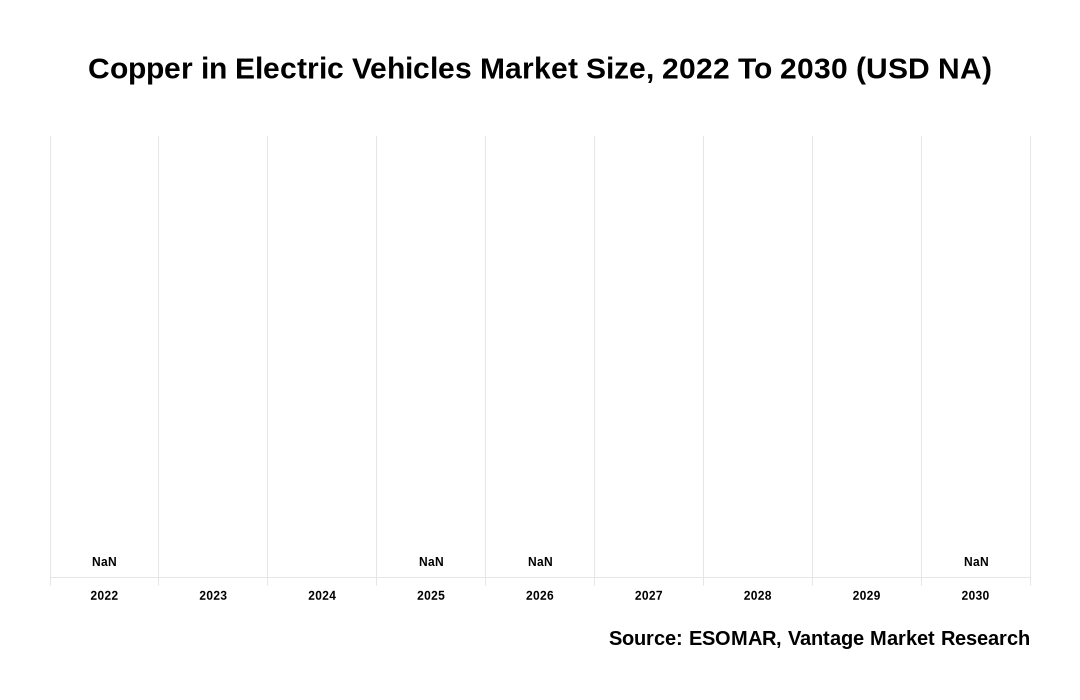 The Global Copper in Electric Vehicles Market volume stood at 758,000 Metric Tons in 2021 and is expected to reach a volume of 24,50,590 Metric Tons by the year 2028. The Global Market is anticipated to grow to exhibit a Compound Annual Growth Rate (CAGR) of 21.6% over the forecast period.

This rise is expected to have a positive effect on market growth. In addition, as consumers grow more concerned about pollution, their attitudes about electric vehicles are shifting, fostering market expansion. The increase in EV sales worldwide is one of the primary drivers behind the development of the electric vehicle sector. Luxury automobile production and sales have expanded globally, fueling the market's rapid expansion, which can be attributed to the rise in the population's disposable income. Automobile production rises as demand for these upgraded vehicles rises. Growing urbanization, changing lifestyles, increased investments, and rising consumer spending impact the market for electric vehicles. The rapidly increasing demand for electric vehicles in the automotive and transportation sectors has created attractive prospects for market players. All the factors mentioned above increase the demand for electric vehicles, increasing the demand of the Copper in Electric Vehicles Market.

The Battery Electric Vehicle (BEVs) sub-segment dominated the market in 2021 and is forecast to continue its dominance in the market. A Battery Electric Vehicle (BEV) is powered entirely by a battery and must be charged. BEVs propulsion is provided by electric motors and motor controllers rather than internal combustion engines (ICEs). Because they are powered entirely by battery packs, they lack an internal combustion engine, a fuel cell, and a fuel tank. The amount of copper alters by vehicle type. A BEV has 183 pounds of copper on average, while PHEVs and HEVs include 132 and 85 pounds of copper, respectively.

Asia Pacific Copper in Electric Vehicles Market is expected to grow at the highest Compound Annual Growth Rate (CAGR) during the forecast period. South Korea, Japan, and China dominate the Asia Pacific electric vehicle market. China, the world's top producer and user of electric vehicles control this region's electric vehicles market. Copper consumption is increasing in numerous industries, including electric vehicles, and as a result, market competition has increased. There are globally established industry players working to increase their market share and client base. In addition, several governments have taken steps to bolster the growth. These include providing subsidies to electric vehicle buyers, passing legislation demanding all automakers to produce electric vehicles compared to the volume of vehicles they make, allocating significant funds for constructing electric vehicle charging stations in major cities and establishing rules against excessively polluting vehicles.

Segmentation of the Global Copper in Electric Vehicles Market:

What is the global demand for Copper in Electric Vehicles in terms of revenue?