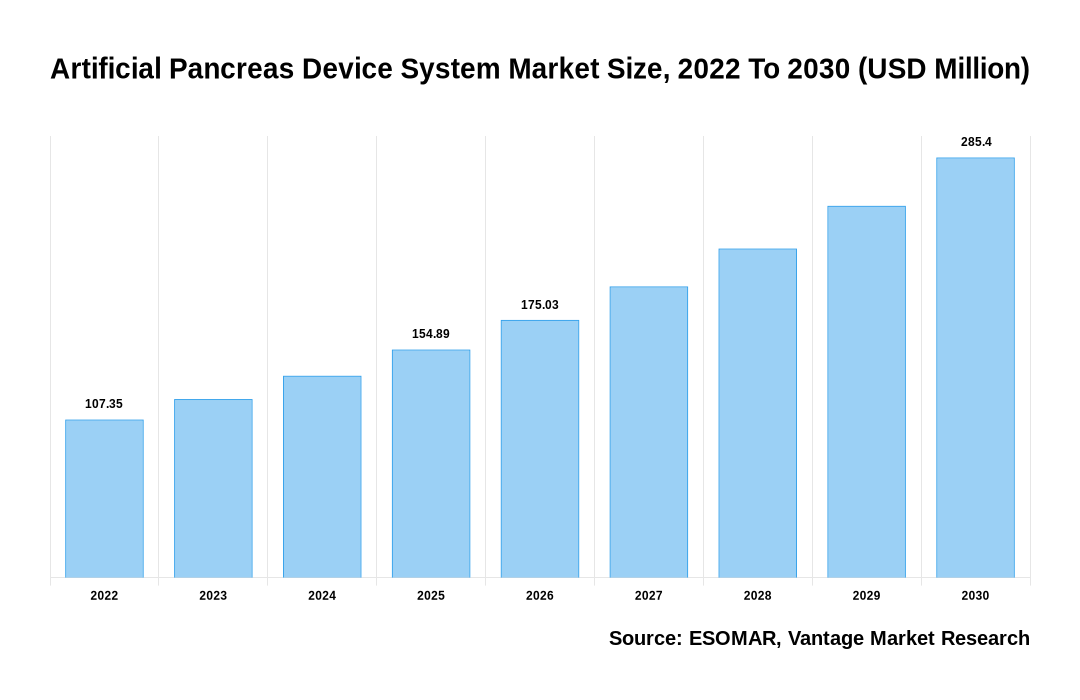 Global Artificial Pancreas Device System market is valued at USD 95.6 Million in 2021 and is projected to attain a value of USD 415.8 Million by 2028 at a CAGR of 13.1% during the forecast period, 2022–2028. The market is being driven by factors such as rising diabetes prevalence, intense R&D activities by industry players, and rising demand for automated glycemic control systems. The blood glucose level in diabetic patients is controlled by an artificial pancreas device system, and industry participants are doing several studies to improve diabetes treatment. Furthermore, automated glycemic control technologies include insulin pumps, artificial pancreas, and insulin pens, among other devices. The flexibility, correct dosing, automatic detection of glucose level, short and rapid-acting insulin, and ease of use are all factors driving up demand for these devices.

The industry's expansion will be fueled by the world's ageing and overweight population. According to the World Health Organization, the global population of people aged 60 and more will increase from 12% in 2015 to roughly 22% in 2050. With increasing age, muscle strength and physical labor capacities deteriorate. The Artificial Pancreas Device System market will continue to grow as more medical devices are used to support and actuate body movement.

Technical Failure and Side Effects of Artificial Pancreas Device Systems

Following an unexpected insulin overdose by a diabetes patient while using the DIY APS in May 2019, the US Food and Drug Administration issued a warning to Do-it-Yourself Artificial Pancreas Systems (DIY APS). Such technological problems may have an impact on the DIY APS adoption rate, stifling market growth over the projection period.

Asia Pacific is Expected to Experience a Rapid Growth

During the projected period, Asia Pacific is expected to grow at the fastest rate. Because of their lifestyle, genetic alteration, urbanisation, and ageing, this region has the largest number of diabetes sufferers. Diabetes incidences are predicted to rise throughout the forecast period, boosting market growth. According to a study published by NCBI, Asian countries account for more than 60% of the world's diabetes population, fueling the region's APDS market expansion. Furthermore, the market is likely to be boosted by industry players establishing their centres across the region.

The Artificial Pancreas Device System market is segmented as follows:

What is the global demand for Artificial Pancreas Device System in terms of revenue?