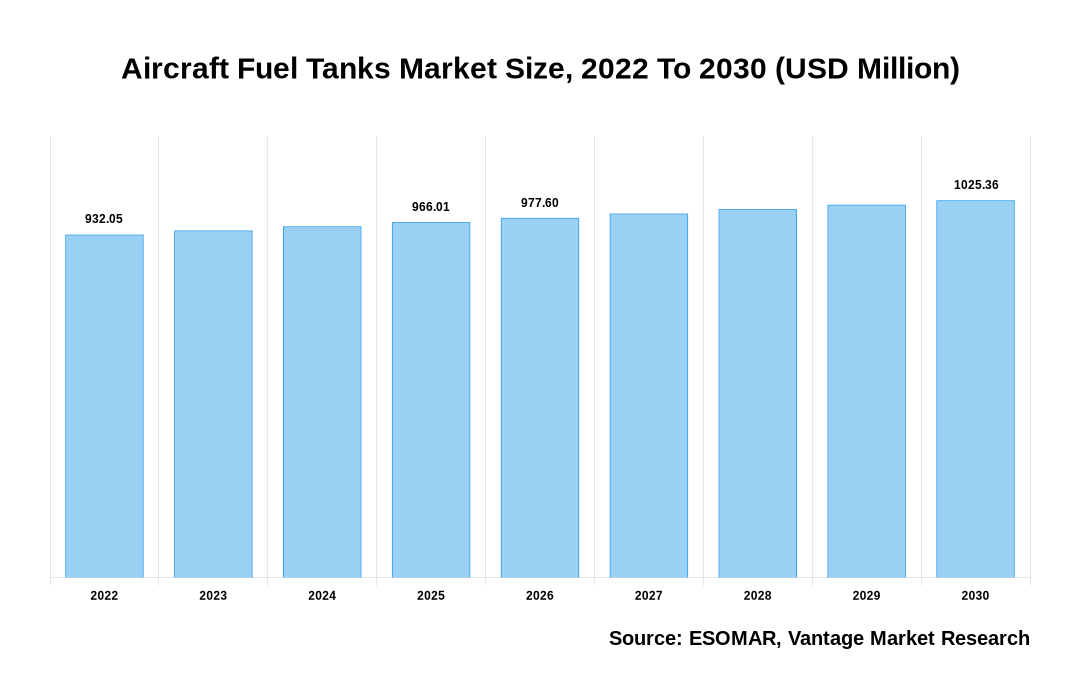 The Aircraft Fuel Tanks Market is also expected to grow as a result of this need for better fuel efficiency. Newer aircraft designs are incorporating more fuel-efficient engines and lighter materials that help reduce weight and improve range. The market for fuel tanks is also being driven by the increasing use of biofuels, which can help reduce emissions and lower operating costs. There are a variety of different types of Aircraft Fuel Tanks available on the market, each with its own advantages and disadvantages. The right type of tank will depend on the specific needs of the aircraft and its operating conditions. Some of the most popular options include bladder tanks, self-sealing tanks, and composite overwrapped pressure vessels (COPVs). Bladder tanks are made from a flexible material that can expand and contract as needed. This allows them to hold a large amount of fuel without taking up too much space. Self-sealing tanks are designed to prevent leaks in case of an accident or fire. Composite overwrapped pressure vessels (COPVs) are made from multiple layers of material that can withstand high pressure without rupturing.

The Global Aircraft Fuel Tanks Market is growing at a fast pace, and various market trends are emerging. Some of the latest trends in this market include:

1. Growth of the Commercial Aviation Industry: The commercial aviation industry is expanding rapidly, particularly in developing countries. This growth is fuelling the demand for Aircraft Fuel Tanks as more airplanes are needed to cater to the increasing passenger traffic.

2. Rising Demand for Passenger Aircrafts: With the growth of the commercial aviation industry, there is a rising demand for passenger aircraft. This is another factor that is driving up the demand for Aircraft Fuel Tanks as more fuel is required to fly these larger planes.

3. Increase in Military Spending: Military spending around the world has been on the rise in recent years, which has led to an increased demand for military aircraft. These aircraft require larger fuel tanks, thereby boosting the demand for Aircraft Fuel Tanks.

4. Technological Advancements: Several technological advancements have been made in recent years that have made Aircraft Fuel Tanks more efficient and lightweight. These advances have resulted in lower operating costs for airlines and have made it possible to fly long distances without stopping to refuel.

5. Composite materials are becoming increasingly popular for fuel tanks, due to their lighter weight and higher strength. These materials can also be designed to provide better resistance to damage from impact or fire.

6. Fuel tank coatings are also evolving, with new coatings being developed that can provide improved protection against corrosion and degradation. Some of these new coatings can also improve the aerodynamic performance of the fuel tank by reducing drag.

7. Fuel tanks are being designed with an increasing focus on safety, with features such as self-sealing capabilities and redundancies built in to prevent catastrophic failure.

8. The use of alternative fuels is becoming more prevalent in the aviation industry, and Aircraft Fuel Tanks are being designed to accommodate these fuels.

The External-Type Fuel Tank is projected to grow at a higher CAGR during the forecast period. The External Type Fuel Tanks are further segmented into Wing-mounted and Fuselage-mounted. Wing-mounted Fuel Tanks are expected to hold the largest market share of the Aircraft Fuel Tanks Market, by type, during the forecast period. Wing-mounted fuel tanks usually have greater capacity than Fuselage-mounted tanks and can be easily filled without having to remove the aircraft from service. The growth of the External Type segment is attributed to the advantages offered by these types of fuel tanks such as easy installation, no modification required in the aircraft structure, and reduced maintenance cost. Moreover, External-Type Fuel Tanks offer improved aerodynamics as compared to internal-type fuel tanks. External-type Tanks are further segmented into self-sealing and non-self-sealing. The majority of military aircraft are designed with external fuel tanks as they need to carry large amounts of fuel for long-range missions. The latest generation commercial aircraft such as Airbus A350 XWB and Boeing 787 are also equipped with external fuel tanks. With the rise in demand for new passenger aircraft, the demand for external fuel tanks is expected to increase during the forecast period.

As the global Commercial Aviation industry expands, so does the demand for fuel tanks that can store enormous quantities of gasoline reliably and securely. As airlines look to replace their fleets with newer, more fuel-efficient aircraft, this segment is predicted to grow at the highest rate during the forecast period. Manufacturers are now able to make fuel tanks that are lighter and more durable than ever before as a result of the development of new materials and technology. These developments have enabled airlines to expand the range and efficiency of their aircraft, resulting in a rise in demand for these items. Composite materials such as carbon fiber and Kevlar are used to create a number of the most popular commercial items on the market today. These materials are both incredibly durable and lightweight, making them ideal for usage in Aircraft Fuel Tanks. Typically, composite fuel tanks are 20-30% lighter than their metal counterparts, resulting in substantial weight savings for airlines. In addition, these materials are resistant to corrosion and wear, which means they will last longer and require less care in the long run.

Polymers are expected to grow at the highest CAGR during the forecast period. Polymer fuel tanks are made from high-strength polymers such as polyethylene and polypropylene. These polymers offer superior tensile strength and chemical resistance, which makes them ideal for use in Aircraft Fuel Tanks. Moreover, polymers are lighter in weight than metals, making them suitable for use in lightweight aircraft. The use of polymers in Aircraft Fuel Tanks has increased in recent years due to their superior physical and chemical properties over other materials. Polymer fuel tanks are lighter in weight than metal fuel tanks, which helps reduce the overall weight of the aircraft and improve its fuel efficiency. In addition, polymer fuel tanks are resistant to corrosion and have excellent impact resistance, which makes them ideal for use in Aircraft Fuel Tanks. The rising demand for lightweight and fuel-efficient aircraft is one of the major factors driving the growth of the aircraft fuel tank market. The increasing number of orders for new commercial aircraft is another key factor driving the market growth.

● Airbus stated the first assembly of an Airbus Corporate Jet TwoTwenty would begin in Canada in May 2021. Comlux, the company that will be the Xtra Large Bizjet's launch customer, will be responsible for equipping the plane before it enters service in 2023. The ACJ TwoTwenty, as a private jet, will have a massive range thanks to the availability of up to five auxiliary fuel tanks.

● According to reports from April 2021, Israel was working on improving the F-35I Adir jets' external fuel tanks. For the purpose of improving the Israel Defense Forces (IDF) strategic capabilities against third-circle countries, the Israeli Ministry of Defense, Air Force, and defense industry are working together to create new fuel tanks.

● On March 4, 2021, Safran received a 500 million euro credit line from the European Investment Bank (EIB) to fund its development of cutting-edge propulsion systems for the next generation of single-aisle commercial aircraft. This is an important milestone in Safran's path toward its goal of emission-free aviation.

● Zodiac Aerospace was acquired by Safran (France) in February 2018. As a result, they were able to greatly increase the variety of aircraft equipment they offered, which now included fuel tanks

● In one of the largest aerospace sector mergers ever, UTC Aerospace Systems (US) purchased Rockwell Collins in November 2018.

Aircraft Fuel Tanks Market to Reach Valuation of USD 1007.6 Million by 2028 – Rising Demand for Aircraft on Different Aviation Platforms Drives the Market
In terms of revenue, the Global Aircraft Fuel Tanks Market is expected to reach USD 1007.6 Million by 2028, growing at a CAGR (Compound Annual Growth Rate) of 1.5% from 2022 to 2028. The increasing focus of aircraft manufacturers on weight reduction without compromising its quality and strength of ...
Read More

What is the global demand for Aircraft Fuel Tanks in terms of revenue?